In this section, how elements are formed through a process called nuclear fusion, in which atomic nuclei come together to form a heavier nucleus and release energy  inside the cores of stars, where temperatures and pressures are extremely high.

We will learn how in the early universe, only hydrogen and helium were present. These elements were formed during the Big Bang and through the process of nucleosynthesis that occurred in the first stars.

As these first generations of stars evolved and eventually died, they released their heavier elements into the surrounding space through supernovae explosions. These explosions were so energetic that they fused light elements together, creating heavier elements such as carbon, oxygen, and so on.

Through this process, stars can create elements up to iron. Heavier elements are made through a different process called neutron capture, where a nucleus captures a neutron, which in turn can become a proton and form a new element. This process happens in the later stage of stars, during supernovae explosions, where the intense pressure and high density of neutrons allows the neutron capture to happen.

A protostar is formed from the collapse of a dense region within a nebula, a cloud of gas and dust. The collapse is triggered by the gravitational attraction of the material in the cloud, which causes it to shrink and become more dense. As the cloud collapses, it begins to spin faster and flatten out into a disk-like shape. The center of the disk becomes increasingly hot and dense, eventually forming a protostar. The surrounding disk of gas and dust can then go on to form planets, moons, and other celestial bodies.

It is important to note that not all nebulae will form protostars, and not all protostars will become stars. The conditions within the nebula and the amount of mass within the dense region are both important factors in determining whether a protostar will form and if it will be able to sustain nuclear fusion and become a star.

A protostar becomes a main sequence star through a process called nuclear fusion. As the protostar continues to accrete material from its surrounding disk, its core becomes hotter and denser. Eventually, the temperature and pressure in the core become high enough for hydrogen atoms to fuse together and form helium. This process releases a tremendous amount of energy in the form of light and heat, and the protostar becomes a main-sequence star.

Red supergiants are formed from the evolution of main-sequence stars with a mass greater than about 8 solar masses. After they have exhausted the hydrogen fuel in their core, these massive stars begin to fuse heavier elements, such as helium and carbon, which causes the outer layers of the star to expand and cool. This causes the star to become much larger and cooler, and it will appear as a red supergiant.

The process of becoming a red supergiant is called the "Red Giant Branch" (RGB) phase of a star's life. During this phase, the star's luminosity increases as the star expands, and it becomes much more luminous than it was as a main-sequence star. The star also begins to lose mass as material is expelled into space through a strong stellar wind.

It is important to note that not all stars will become red supergiants, and the exact time of the RGB phase and the properties of the red supergiant stage, such as its mass and luminosity, depends on the initial mass of the star. A red supergiant will continue to fuse heavier elements, until it runs out of fuel and will then likely end its life in a spectacular explosion called a supernova.

A planetary nebula is formed when a low- to intermediate-mass star (typically with a mass less than 8 solar masses) approaches the end of its life. When a star like this exhausts the hydrogen fuel in its core, it begins to fuse helium, which causes the outer layers of the star to expand and cool, forming a red giant.

It is important to note that the name "planetary nebula" is somewhat misleading, as these objects have nothing to do with planets. They were named this way because early astronomers thought they looked like planetary disks when viewed through telescopes.

It's also important to note that the amount of mass expelled and the rate at which this occurs, will depend on the initial mass of the star, the composition and structure of its envelope, and the properties of its core. After the formation of a planetary nebula, the remaining core of the star will continue to cool and shrink until it becomes a white dwarf, a very dense and hot remnant of a once-main-sequence star.

White Dwarf
If a red giant lacks the mass to generate the core temperatures needed to fuse carbon (roughly 1 billion K), an inert mass of carbon and oxygen will form at its core. After shedding its outer layers and forming a planetary nebula, such a star will leave behind a core, which is a white dwarf. When a white dwarf forms and no longer undergoes fusion reactions, it is extremely hot, but because it lacks an energy source, it will gradually cool as it radiates its energy away and converts to a black dwarf.
High Mass Stars
Supernova

Fusion in the core stops when the core is almost entirely made up of iron. Because iron is the most compact and stable of all the elements, breaking up the iron nucleus takes more energy than breaking up the nucleus of any other element. Therefore, creating heavier elements by fusing iron necessitates an energy input rather than a release of energy. Because energy is no longer radiated from the core, the star enters the final phase of gravitational collapse in less than a second. The core temperature rises to over 100 billion degrees as the iron atoms collide. The repulsive force between the nuclei overcomes gravity, and the core recoils in a shock wave, resulting in a supernova explosion.

Black hole
The remnants of a large star that dies in a supernova explosion forms black hole. Nothing — not particles, not even electromagnetic radiation like light — can escape the gravitational pull of a black hole. (Smaller stars decay into dense neutron stars, which lack the mass to trap light.) It can be proven theoretically that no force can keep a star from collapsing under the influence of gravity if the star's total mass is large enough (roughly three times the mass of the Sun). Imagine a star ten times the mass of the Sun crammed into a sphere the size of New Delhi. As a result, nothing, not even light, can escape the gravitational field.
Neutron Stars

When a massive star runs out of fuel and collapses, neutron star is formed. The core, the most central part of the star, collapses, crushing every proton and electron into a neutron.

If the core of collapsing star has a mass between 1 to 3 times that of Sun, the newly created neutrons can stop the collapse and leave a neutron star behind. These are the most dense object known. One sugar cube of neutron star material would weigh about 1 trillion kilograms (or 1 billion tons) on Earth – about as much as a mountain.

Nebula
A supernova remnant (SNR) nebula is formed when a massive star explodes as a supernova. The explosion releases a tremendous amount of energy, which causes the outer layers of the star to be expelled into space at high speeds. The expanding shockwave from the explosion heats the surrounding gas, causing it to glow and creating a bright, expanding nebula. The exact process of a supernova explosion can vary depending on the type of star that explodes, but in general, there are two main types of supernovae: Type Ia and Type II. In both cases, the shockwave from the explosion heats the surrounding gas and dust, causing it to glow and creating the expanding nebula known as a supernova remnant. The SNR will continue to expand and interact with its surroundings, eventually merging with the interstellar medium, and fading away. 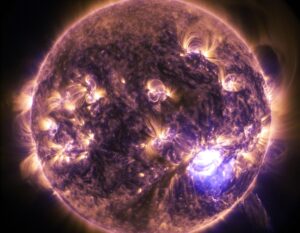 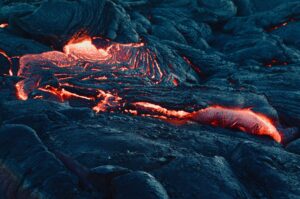